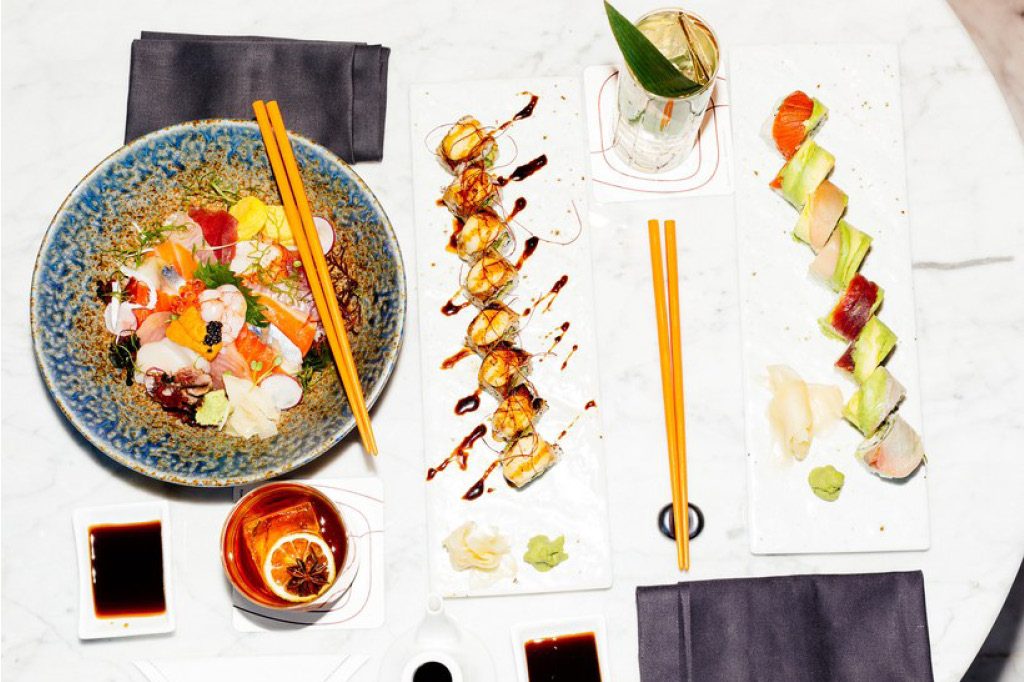 “More so than any other Canadian city, Vancouver was at the forefront of the cocktail revolution, and many of the city’s bars have been pushing the mixology envelope for decades. But when it comes to alcohol regulation, Vancouver is hardly the Wild West. The legacy of British Columbia’s short-lived, early 20th-century flirtation with Prohibition was a series of strict liquor licensing rules, and while a long way from what they once demanded they’re hardly, say, European. (There was a time, not too long ago, when you were required to order food if you wanted to have a drink.) As a result, though, many Vancouver lounges can also be excellent places to grab a meal, and the local line between “bar” and “restaurant” can be a blurry one (pun intended). Check out our picks for Vancouver’s best bars. Go thirsty and, if you want, hungry—there are lots of options in Canada’s third largest city.

The Lobby Lounge and RawBar

The Lobby Lounge and RawBar, in the Fairmont Pacific Rim hotel, does serious, well-designed cocktails grouped into categories like “Refreshing” (Kaiju, featuring rum, lime, wasabi, cucumber, and absinthe), “Elegant” (Shogun, with Japanese whisky, madeira, coffee-infused cynar, and spiced raisin cordial), and “Intriguing” (Dreamland, with gin, mescal, shishito peppers, egg whites, juices, and paprika). But if you’re not up for cocktails, there’s also wine, Champagne, and sake, all of which you’ll want to pair with food—the other reason you’re here.”